The Quinism Foundation is proud to be mentioned in a major article appearing in The American Legion magazine this month, featuring the story of U.S. Somalia-era mefloquine veteran Lloyd Duhan and his struggles with disability from mefloquine poisoning. 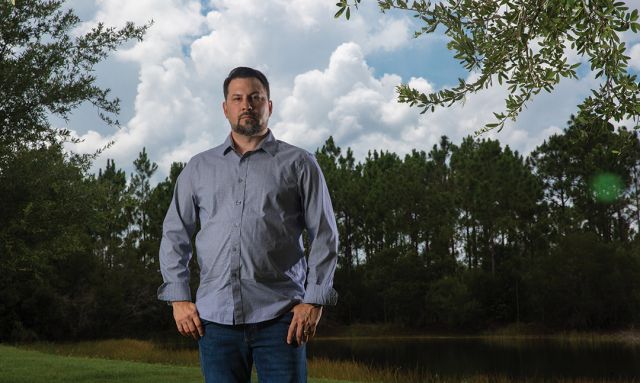 Distributed to the nearly two million members of the American Legion, this important article will help raise further awareness among U.S. veterans and their caregivers of the symptoms of quinism, and explain how mefloquine poisoning can mimic and be mistaken for symptoms of PTSD, as highlighted in this excerpt:

VA decided he had PTSD. Months later, Duhon’s counselor concluded something else was causing his symptoms, because he wasn’t responding to treatment. That led him to the Quinism Foundation and Manofsky, the first veteran to receive a VA disability rating for mefloquine-related injuries.

Manofsky hears lots of stories like Duhon’s in his volunteer work for the foundation. As many as half come from veterans who took mefloquine 25 years ago while serving in Somalia; suicide is frequently on their mind. “All have been misdiagnosed with PTSD, but it’s a physical injury to the central nervous system,” Manofsky says. “VA just keeps saying it’s PTSD and throwing drugs at them.”

The Quinism Foundation thanks The American Legion for publishing this article, and thanks the many mefloquine veterans who came forward to share their story. If you are a U.S. veteran who has been awarded a VA disability rating for a condition specifically linked to mefloquine, and would like to share your story with members of the media in future stories such as this, please contact us.

Support Education and Research on Quinism

The Quinism Foundation is a registered 501(c)(3) non-profit charity that relies entirely on private charitable donations to fund its operations, including its educational meetings, research activities, press releases, and publications.

The Quinism Foundation is proud to have earned a bronze seal of transparency from on Guidestar. You can also learn more about the foundation from its corporate listing with the Vermont Secretary of State.

If you have not yet made a charitable donation to support a charity that you believe in, please consider making one today. The foundation is proud to be listed as a registered charity in the PayPal Giving Fund, and Network for Good’s donor-advised fund.

You can also create a Facebook fundraiser to encourage your friends to support your selected charity.