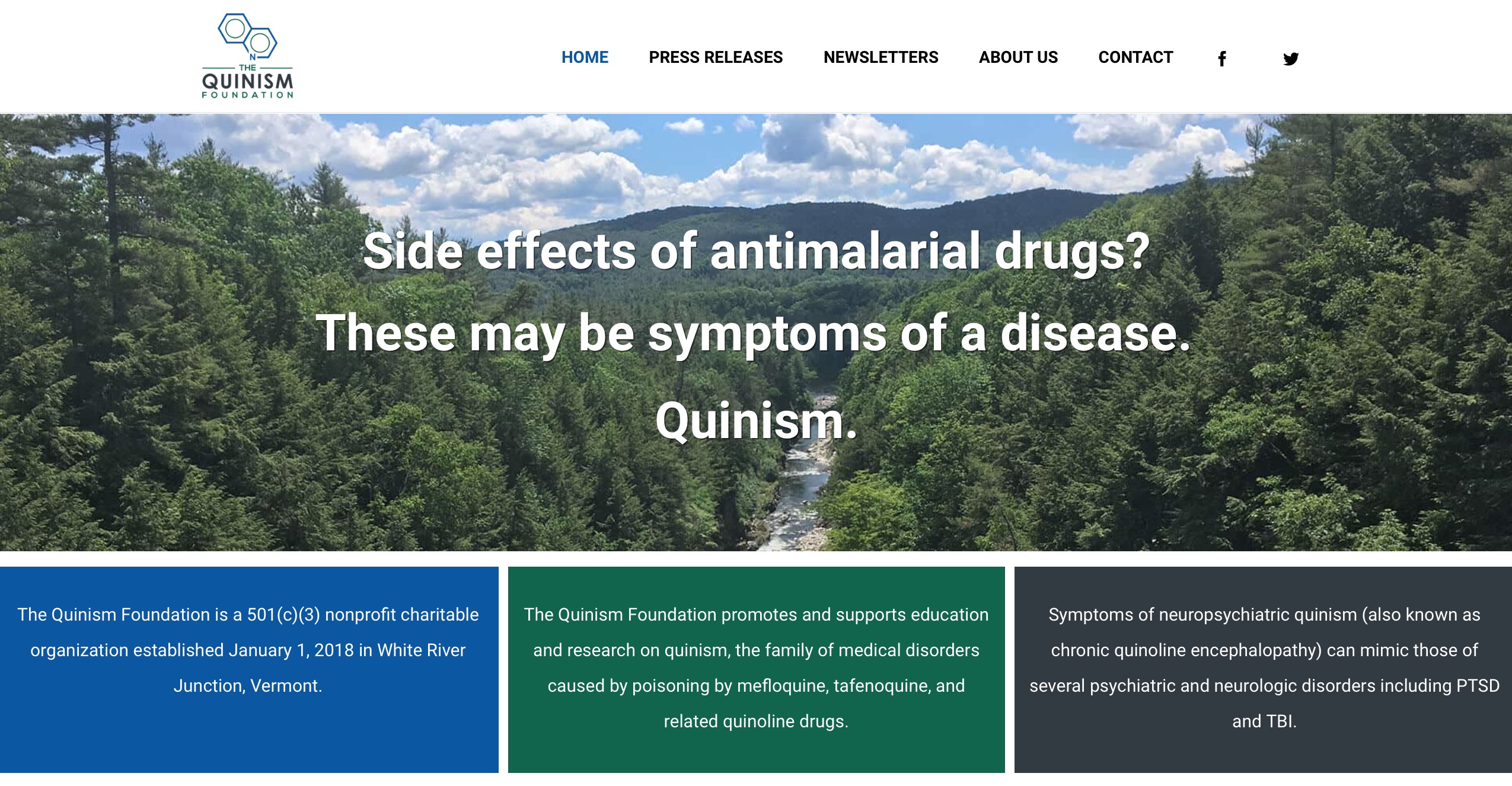 The Quinism Foundation celebrated its second anniversary on New Year’s Day, 2020. From its humble founding on January 1, 2018, in historic downtown White River Junction, Vermont, the Foundation has steadily grown in its mission to support and promote education and research on quinism.

In its first two years, the Foundation was invited to speak and presented evidence to a committee of the National Academies of Sciences, Engineering, and Medicine investigating quinism among U.S. veterans. The Foundation also contributed to the FDA’s review of tafenoquine, a drug found more neurotoxic than mefloquine by U.S. military scientists, ensuring the drug’s label carries warnings of its dangers. The Foundation has continued to work to raise awareness of quinism, hosting educational meetings, operating a website, making regular social media postings, and publishing occasional newsletters and press releases,  while continuing to author scientific publications, and maintaining a strong presence in the media.

Most importantly, the Foundation has worked to give a name  – quinism – to the disorders caused by poisoning by mefloquine, tafenoquine, and related drugs.

The Quinism Foundation relies upon the support of our subscribers and social media followers and is proud to be listed as a registered charity in the PayPal Giving Fund, on Amazon Smile, and in the Network for Good’s donor-advised fund. You can also easily create your own fundraiser on Facebook, and read more about the Foundation’s charitable activities by reviewing our listing on Guidestar. The Quinism Foundation has also partnered with Vehicles For Charity to provide an easy-to-use, tax-deductible process to donate your vehicle in support of our efforts.

As we enter our third year, thank you in advance for your continued support!

As first described in this article, the committee of the National Academies of Sciences, Engineering, and Medicine investigating quinism at the request of the U.S. Department of Veterans Affairs is expected to release its findings over the coming months. The Quinism Foundation has been critical of the VA’s decision to defer needed action on quinism pending the results of this study, including not updating its website to correct inaccurate information on mefloquine, failing to screen recent veterans for a history of symptomatic mefloquine exposure, and failing to ensure the effects of mefloquine are considered during VA disability examinations.

The Quinism Foundation had previously called on the committee to conduct its own independent review of the medical records of veterans who have suffered chronic and disabling effects from mefloquine, noting that these case reports have gone unpublished in the medical and scientific literature, and thus would not be included in the committee’s review. 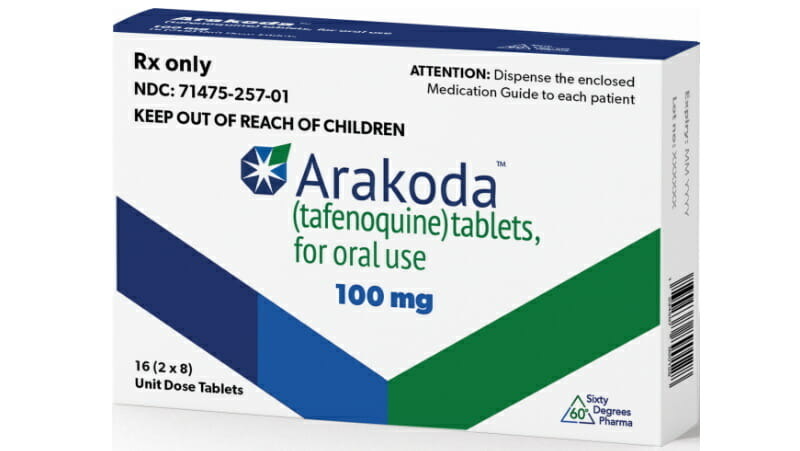 U.S. veterans harmed by the military’s misuse of mefloquine are familiar with the effects of the Feres Doctrine, which prevents them from filing suit against the U.S. government for medical malpractice and medical negligence. As a result, U.S. veterans harmed by the government’s past widespread misuse of the drug — which ended only in 2013 when mefloquine was declared a “drug of last resort” — may not directly sue the U.S. government, even in cases where the drug was misprescribed to those with documented contraindications, or in cases where service members were ordered to continue taking the medication against the manufacturer’s warnings, for example after they developed prodromal symptoms such as anxiety.

This may change for the new generation of military service members at risk from exposure to tafenoquine (Arakoda™), a recently-licensed quinoline antimalarial drug that has been found to be even more neurotoxic than mefloquine by U.S. military scientists.

A provision in the 2020 National Defense Authorization Act allows active-duty military personnel and their families to file claims for death or injury, generally for up to two years after the event, caused by the actions of certain military medical providers.

How might this aid U.S. military personnel harmed by this new drug? According to the manufacturer of Arakoda™-brand tafenoquine, which was developed primarily for U.S. military use, military personnel and others taking the drug are to be advised that “psychiatric symptoms, such as changes in mood, anxiety, insomnia, and nightmares, should be promptly evaluated by a medical professional if they are moderate and last more than three days or are severe”. Given the challenges in complying with this guidance in military settings, The Quinism Foundation has recommended that DoD reserve tafenoquine as a drug of last resort for military use.

This new law may permit U.S. military personnel who are nonetheless prescribed tafenoquine during pre-deployment processing at fixed military medical facilities the opportunity to file claims for harm from the drug, particularly if they develop psychiatric symptoms during use that are not promptly evaluated by a medical professional. The manufacturer of Arakoda™-brand tafenoquine, 60 Degrees, warns in its drug label that use of the drug has been associated with reports of serious psychotic reactions and suicide attempt.